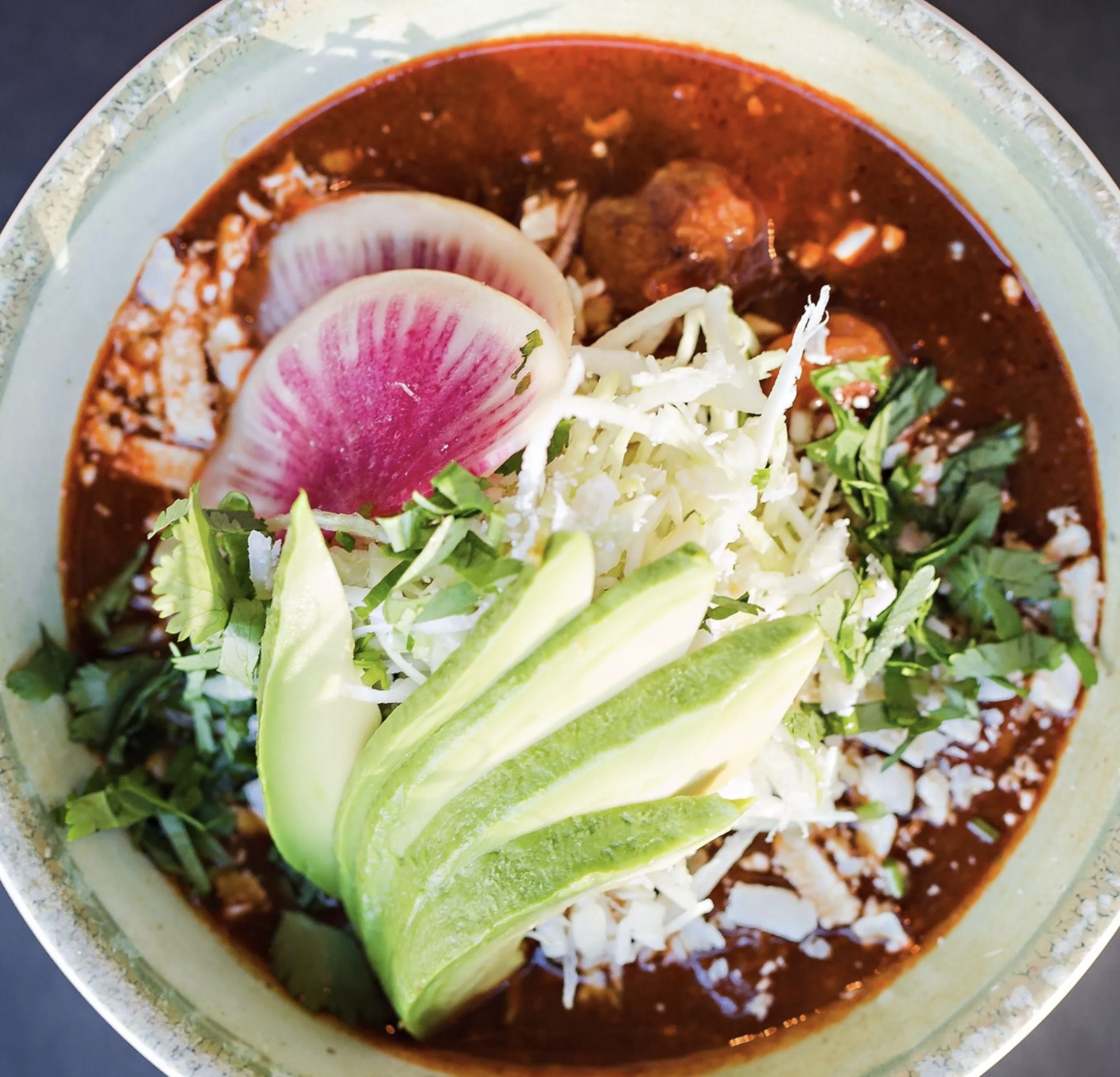 In honor of the soon-to-open Kennewick-based Boiada Brazilian Grill debuting downtown in the former Maracas Mexican Restaurant – Boiada is a churrascaria, an all-you-can-eat selection of meats, and I am so excited – today’s Running Tab offers a smorgasbord, or AYCE buffet, of culinary news and some recent stops in town:

My first experience with Crave Northwest in 2019 set the bar really high because The Spokesman-Review was a sponsor, and we celebrated the success of female chefs with programming that allowed me to interview trailblazers including Anito Lo and Mareya Ibrahim. The three days of 2019 Crave are one of my all-time favorite culinary experiences in Spokane.

Then COVID-19 struck, and Crave was canceled in 2020. It returned last September and sold out, but it was only one event in one evening. I’m happy to report that Crave is returning to three nights in 2022, and tickets for the food-and-wine dine-arounds and more July 14-16 at CenterPlace Regional Event Center in Spokane Valley are on sale now at cravenw.com.

The three theme nights for 2022 Crave are, on July 14, Burger Smackdown, with local and celebrity chefs showing off their burger-making skills in a judged contest; on July 15, Foods From Around the World, culinary options with a global flair; and on July 16, Fire & Smoke – if it can be smoked or cooked over a fire, it will be served, Crave says.

I took part in a Zoom meeting about Crave a few weeks ago, and the plans and lineup of chefs are stellar. I’m very excited about 2022 Crave, and you should be, too. Last summer’s Crave was solid, in light of COVID-19, and July’s event will be next level – tripled!

On Sunday, March 13, from noon to 4 p.m., Travis Dickinson’s Cochinito Taqueria is partnering again with Fred Schumaker of Schumaker’s Pottery and the Spokane Potters Guild in the fundraiser Bowl of Sol to benefit Second Harvest food bank. Schumaker has crafted 100 custom and unique stoneware soup bowls for Cochinito’s excellent posole.

For $25, choose one bowl to take home along with the pork posole rojo or vegetarian posole verde with all the toppings. All sales from the bowls and Mexican soup go directly to Second Harvest. Cochinito’s bar will be open for to-go cocktails, beer and wine, as well as extra posole for additional orders.

Preorders to help pace out the day and maintain social distancing while guests pick up their food are available now by calling Cochinito at (509) 474-9618. More than $4,000 was raised in last year’s Bowl of Sol, which sold out, with Schumaker making additional bowls for the fundraiser.

I had dinner with Dickinson and his wife, Karina, at David Adlard’s Candle in the Woods on Saturday night and was blown away by his knowledge of food and wine, but I shouldn’t have been surprised since he was the former executive chef at Clover before opening Cochinito.

I Was Baked When I Made This (mezcal, creme de cacao, mole bitters, orange and cherries) and Mayan Pineapple Kush (Zaya rum, house-made tepache, egg white and lemon) were the two featured cocktails by Josh Neumeier.

This was my fourth weekly Wednesday Chefs Shuck With Us Stand Up to Cancer fundraiser at Chad White’s Zona Blanca Ceviche Bar on Feb. 16. I’m bummed that I missed Chefs Shuck With Us with Dickinson and Scoop Spokane and Hidden Bagel’s Jennifer Davis in two separate Wednesdays, but there are fundraisers set through March. Post-Zona Blanca, it was Aaron Hein and Alyssa Agee’s new Emma Rue’s for cocktails and bites.

By all accounts, the Wishing Star Foundation’s cocktail-attire fundraiser “Taste Spokane: Evening Under the Stars” at Northern Quest Resort and Casino on Feb. 12 was a rousing success. It was 3½ hours of wonderful small bites and libations (so much cider) for a worthy cause, and guests and food and beverage vendors alike were in good spirits.

Since moving back to Spokane in April 2019, I’ve taken it upon myself to revisit restaurants that I frequented during my college days at Gonzaga decades ago. China Dragon across from NorthTown mall and Kim’s Korean Restaurant on Division near Gonzaga have already been checked off the list, as have Luna, many times, and the Onion.

On Feb. 2, it was dinner at O’Doherty’s Irish Grille, where I ordered a Reuben, fries and a cider. Yum! I posted a photo, courtesy of classmate Erin (Ryan) Enger, from 1995, quite possibly the last time I was at O’Doherty’s, on my Facebook and Instagram accounts. It was great to see chef Jessica Ponti Pruett, and I won’t wait another 27 years to return.

Next up: the Viking.

And in the category of Don’t Judge a Book by Its Cover, dinner on Uncle Don and Niece Anya, 14, Night on Feb. 11 before opening night of “Jersey Boys” at First Interstate Center for the Arts was Sushi.com. Upon Anya and I leaving dinner, a man in a group of four in the parking lot said, disparagingly, to his friends, “Oh, let’s eat at Sushi.com. Ha!” Such snobbery.

My Spokane family and I first dined at Sushi.com many Christmases ago because it was open on Christmas Eve. It was nearly empty, but the food and service were great. Fast forward many years later, and Sushi.com is bustling and one of our favorites. The food and service remain solid, and it is the sushi choice of a handful of chefs here in town. To each his own – and more for me. Crave! NW, the foodie event of the summer returns for three days of food, beverages and fun

via Spokesman Review By Julien A. Luebbers Spokane’s food scene is on the come up, and Crave! NW is where it shows. The foodie-oriented event, 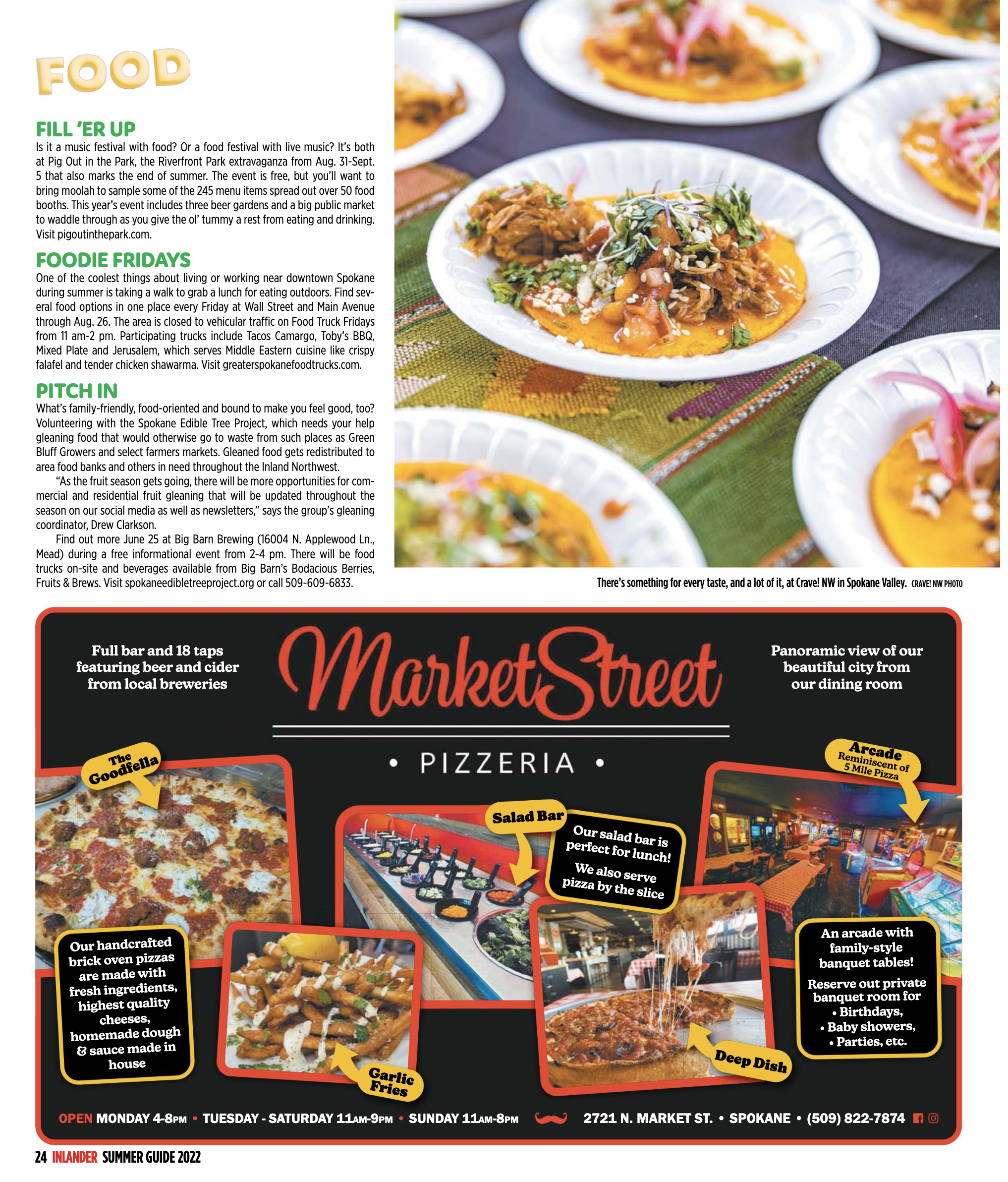 https://www.inlander.com/spokane/music-to-celebrate/Content?oid=23938415 The Spokane Symphony wants to party. And you’re invited to check out what they do in a series of free concerts. First, celebrate those dear

Sign-up today to get updates about Crave! tickets and the latest details about the event. We know your mouth is watering for news about the award winning chefs, brewmasters, tastemakers, coffee roasters, winemakers and distillers who will be featured at Crave!