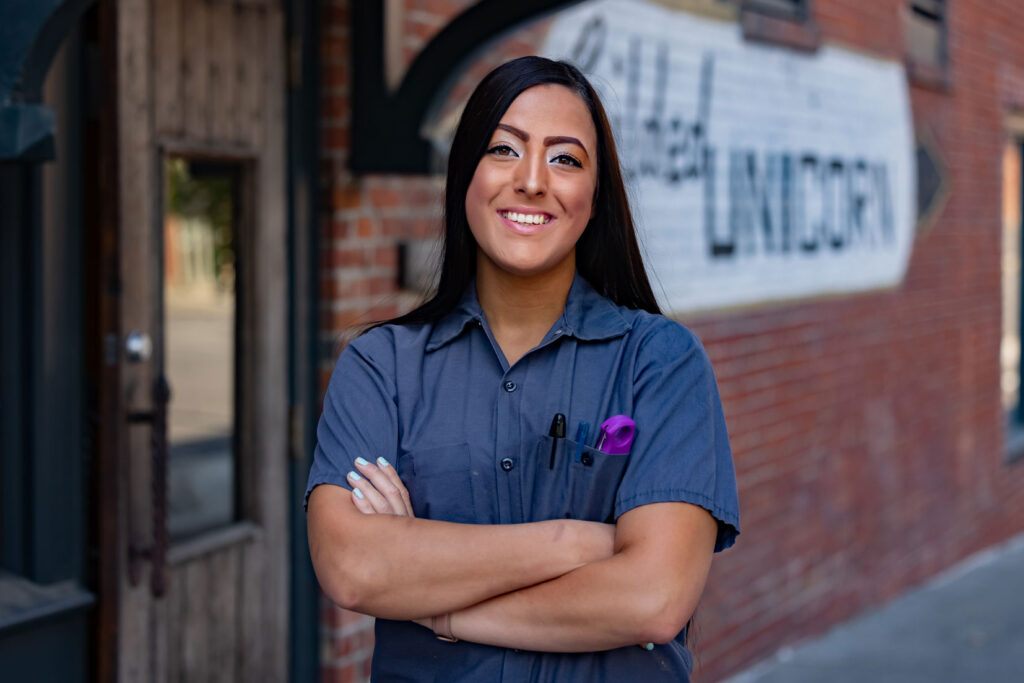 Mary Parker was raised in the culinary world from a young age. She grew up helping out at her parent’s small restaurant and bar in Post Falls, ID known to locals as Steve’s Sports Dugout, as a dish washer and prep cook until her early teenage years. From there, she continued to obtain new knowledge by working for a variety of different local restaurants, including the Coeur d’Alene Beach House, Sweetwater Bakery, and the Falls Club.

From there, Mary went to work at the Coeur D’Alene Casino in Worley, ID at 17 years old. She worked mostly in the Red Tail Bar & Grill for 7 years, going from a prep cook to a lead line cook under Chef Adam Hegsted. Shortly after Chef Hegsted left the Casino life to start the Eat Good Group, Mary made the decision to join the team at the Gilded Unicorn in downtown Spokane, located in the basement of the Montvale hotel in September of 2017. She is currently the Executive Chef, and prides herself on creating a menu comprised of a high end take on comfort foods using local and sustainable ingredients.