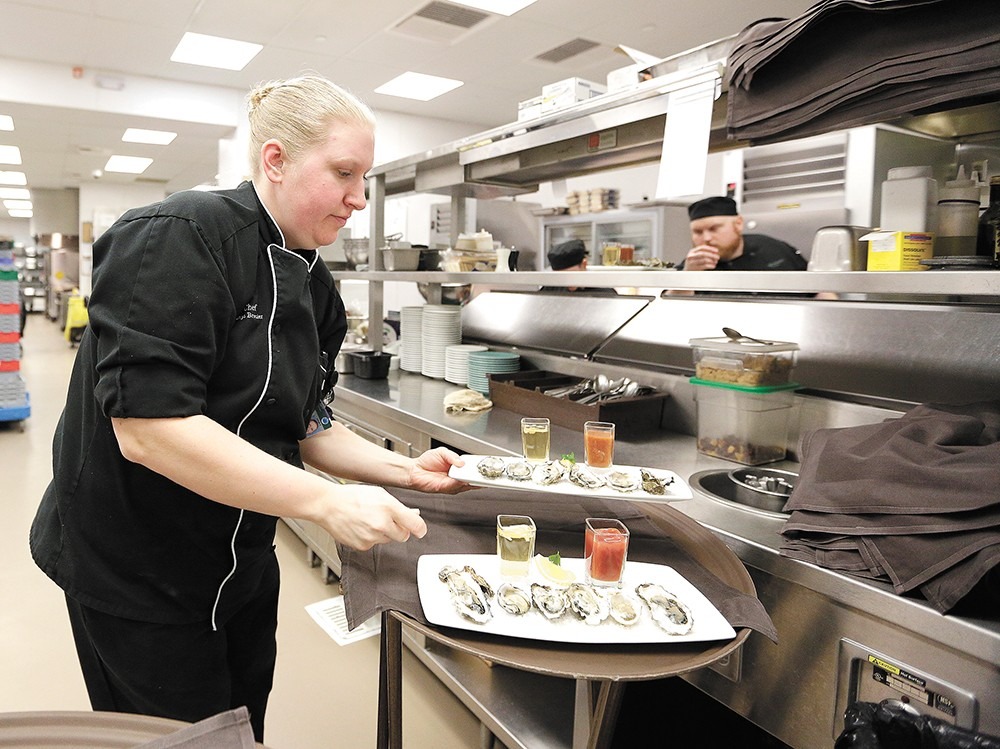 Tanya Broesder grew up on a dairy farm in Iowa. She became interested in food and cooking early on, hanging around her grandparents’ restaurant. After high school she decided to leave the small town and decided she would give cooking a shot, and to do it far, far from home. After culinary school in Portland and externships at restaurants, she landed at Northern Quest Resort & Casino. She left for two years to be a chef at a very small casino. Then she returned to Northern Quest and became Masselow’s chef in March 2014.