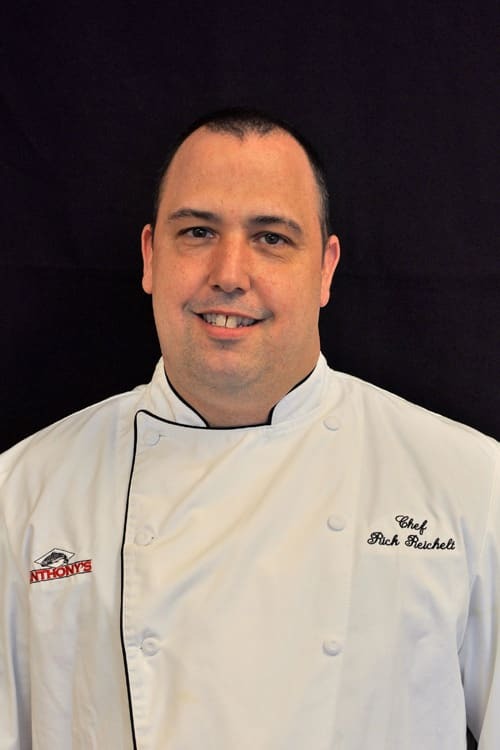 Rick Reichelt began his career at Anthony’s in 2000. He began as sous chef at Anthony’s HomePort in Des Moines and went onto Chinook’s at Salmon Bay.

He was the opening Chef at Anthony’s at Coeur d’Alene in 2016, where he currently remains today.