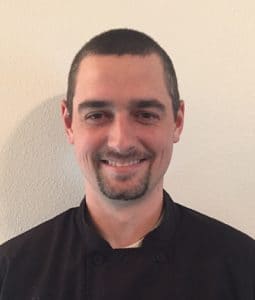 To further hone his culinary skills, Chef Nick moved to Coeur d’Alene, Idaho in 2015 and joined Gozzer Ranch Golf and Lake Club as Sous Chef. He quickly became an indispensable asset to the private club and was named Executive Sous Chef.

Nick is currently the Sous Chef at The Yards Bruncheon, located in Spokane, Washington. The modern diner features comfort food from all over using local farms and producers of the season. In conjunction with the General Manager, Nick works diligently to continually define The Yards Bruncheon as the go-to restaurant for a wide variety of local and out of town patrons alike.