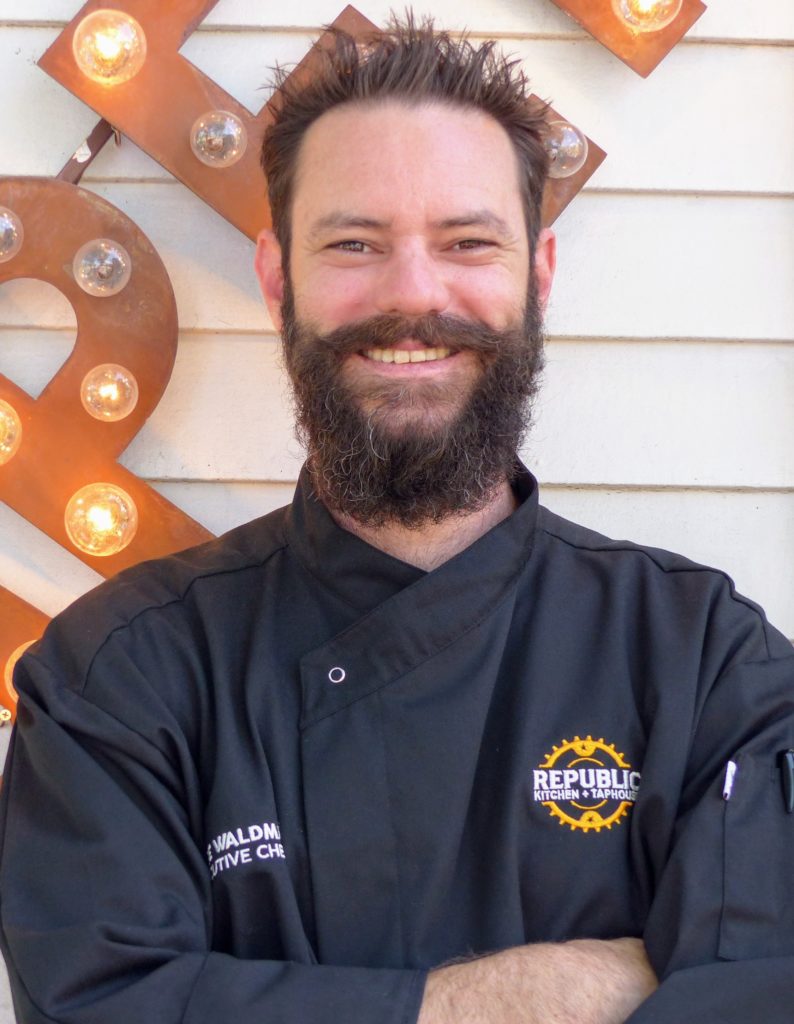 Jesse Waldman started cooking in Santa Barbara and Santa Ynez Valley in California at the age of 15 and later attended Culinary School at Santa Barbara Culinary School.  Upon completing his education he relocated to Lake Tahoe to work for one of the top 10 restaurants in the country at the time called, The Summit in Harrah’s Lake Tahoe Casino.

He further honed his craft working for Celebrity Chef Roy Yamaguchi in Kauai and later relocating to Coeur D’Alene with his wife and two daughters where he ran and opened several restaurants around the area.  Including Eddie’s on the east shore, Gozzer Ranch, Silver Mountain, Timber Gastropub, Cosmic Cowboy Grill, to name a few, over the course of the last decade.

Jesse is currently working for the Eat Good Group as Executive Chef of Republic kitchen and Taphouse in Post Falls where he has the opportunity to showcase his passion for the culinary arts and use his 25 years of experience to create fun and innovative food.