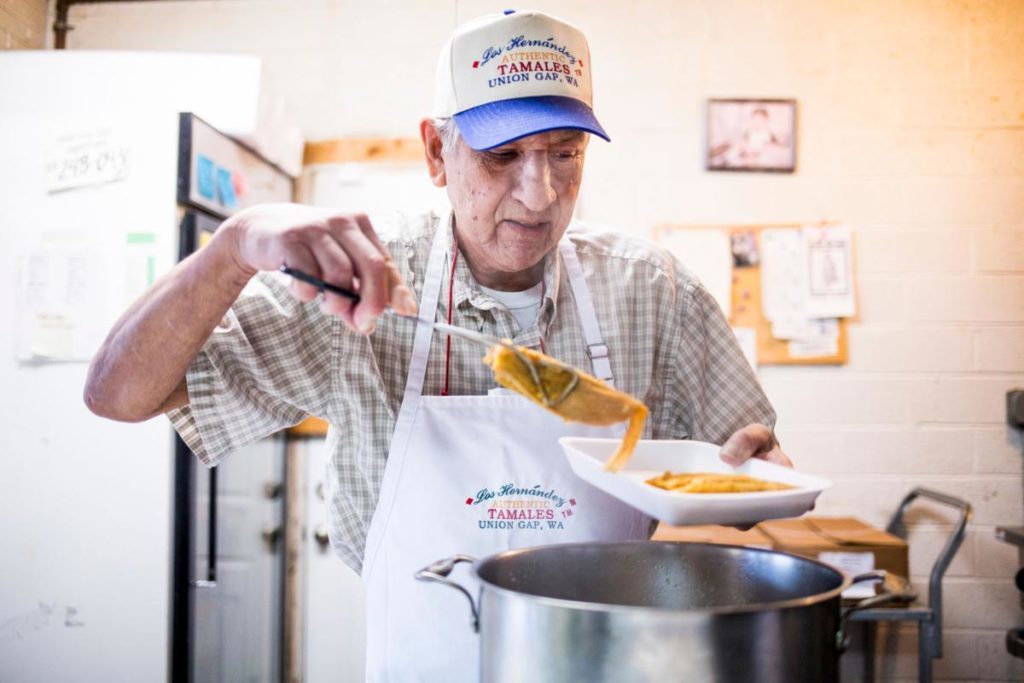 The year was 1990, and quite frankly, Felipe Hernandez needed a job.“Everyone had always loved our family’s tamales, and I decided, why not open a restaurant that features tamales. I’d get to do something I love, and hopefully, we’d have enough customers to make a living,” he stated.

Felipe learned the recipe from his sister Leocadia Sanchez, and the rest as they say is history.

He named the restaurant Los Hernandez Tamales, and he started making tamales with other family members – and a reputation was quickly made.

Their process starts with mesa, and Los Hernandez mills their own from dried corn, one of the unique attributes of their delicious tamales. They then hand prepare each tamale, by spreading the mesa on the corn husk and adding the appropriate filling. There is an art to properly creating a tamale, and the Los Hernandez crew has it down to a science, able to make 120 dozen tamales in under four hours.

Their business was steady, and then they decided to throw a little twist into their tamale making.

It turned out Hernandez wasn’t the only one who loved asparagus. So did their customers. The word quickly got out that Los Hernandez Tamales in Union Gap, WA had this wonderful seasonal product, and people started showing up from all over the state and beyond. They even had international requests for their tamales. They had so much demand for these tamales, that they’d have to post ‘sold out’ signs when that day’s supply was gone.

Since that time, Los Hernandez has continued to build on their reputation as the premium tamale in the region and the state. In 2014 they introduced their jalapeno and pepper jack cheese tamale, which is now another popular seasonal product.