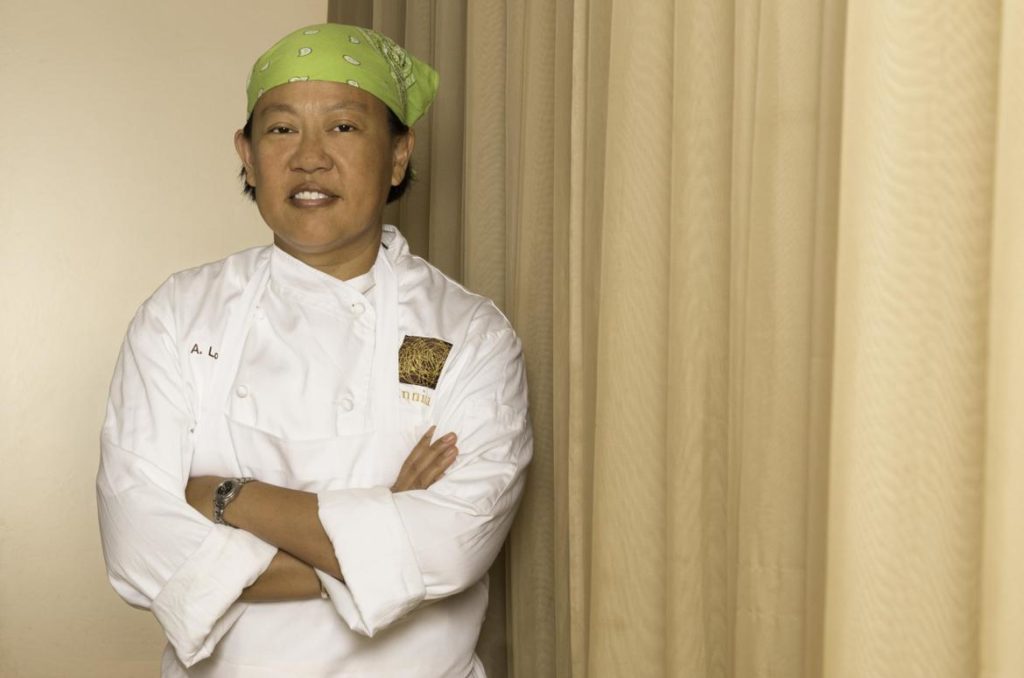 Michigan native Anita M. Lo, a second-generation Malaysian American chef who defeated Mario Batali on Season 1 of “Iron Chef America,” is one of the headliners on the Main Stage at Crave Food and Drink Celebration from July 11-13 at CenterPlace Regional Event Center in Spokane Valley.

Programming for the Main Stage next week is focused on women in the culinary industry. Lo has a degree in French literature from Columbia University and was named by Food & Wine Magazine in 2001 as one of the 10 Best New Chefs in America.

She interned with French chefs Guy Savoy and Michel Rostang while attending culinary school L’Ecole Ritz-Escoffier in Paris, France, and in 2000 opened her first restaurant, Annisa, in New York with business partner Jennifer Scism. Annisa remained in business for 17 years, suffering a fire in 2009 and restarting in 2010.

In 2015, Lo was the first female guest chef to cook for a White House State dinner, and her “Solo: A Modern Cookbook for a Party of One” was published by Knopf in 2018. Lo answered questions over the weekend amid the culmination of World Pride in New York City.

We are very excited to have you as a headliner for the 2019 Crave Food and Wine Celebration in Spokane from July 11-13. Have you been to Spokane before?

This will be my first time in Spokane, and I’m looking forward to it.

I’m told that your to-do list while you’re in Spokane includes to go fishing. My family and I went Sunday, the five of us, and caught our daily limit of 25. Why fishing? Are you a fan of nature and the great outdoors?

Yes! I’m obsessed. I haven’t done much freshwater fishing, so I’m looking forward to that, too. Twenty-five? What – that seems like a ton?!

I hired a guide in Colorado once to go fly fishing. I hooked a trout but didn’t land it. They wouldn’t have let me keep it anyway. I love the outdoors, especially the water, and there isn’t any other way of getting fresher fish. There is something primal about it for me.

I love the idea of your cookbook “Solo: A Modern Cookbook for a Party of One.” Where did the idea originate?

Actually, a friend of mine and I were speaking on the phone one day, and for some reason we got on the subject of cookbook titles with my last name in them. We must have come up with some 50 titles – “Lo Country Cooking,” “Lo Cal Cuisine,” “Lo and Slow: the Braising Book,” etc.

But then we came up with SoLo and ALOne, and I immediately thought that I had to write it. I thought it could be fun and humorous, and the recipes would have to be easy.

What are some of your favorite recipes in “Solo”?

It’s hard to say. But I do love the duck ragu because it takes something that a lot of people would just throw away and creates several meals from it. I also love the smoky eggplant frittata.

The focus of the Main Stage, where you’re headlining at Crave, is female chefs who kick ass. How important is female representation in the culinary industry to you?

Well, studies have shown that when people have role models, their horizons open, i.e., if they see someone who looks like them doing something, they feel that they can do it, too. Since women are such minorities in the executive chef world, it is important to represent.

And also as an Asian-American lesbian, so race and LGBT representation?

Yes, it’s the same as above. But as a queer person, you can sometimes pass, so it is even more important to be out and proud.

What do you think are the biggest obstacles for women in the culinary industry in 2019?

Same as it has always been: changing the culture to allow women to rise to leadership roles and get equal pay; finding funding for their projects and businesses; and keeping the conversation going from the #MeToo movement so we can actually effect some change. The list goes on. We’re far from finished.

After 14 years, what do you remember most about defeating Mario Batali on “Iron Chef America”?

My sous chef, Sawa Okochi, screaming when it was announced that we won!

What did you learn from competing on “Iron Chef America,” then “Top Chef”?

That it is nice just cooking in my own kitchen where people aren’t trying to actively sabotage me and where I know where everything is.

What is your favorite cuisine? Guilty pleasure food?

The answer to the first question changes daily, but today it is Japanese. I love the obsessive commitment to ingredients at the peak of their season, prepared so that they shine.

I also love Doritos and Kraft Macaroni and Cheese Deluxe. I grew up in the Midwest. I have a thing for fake cheese.

What is keeping you busy work-wise and outside work?

I have been hosting culinary tours around the planet with Tour De Forks (www.tourdeforks.com). We have a trip coming up to Portugal that is sold out and a trip to the Yucatan in December. In 2020, we’re going to Sicily and Alto Adige, and we’re working on a trip to Japan.

Otherwise, I’ve been doing little work gigs here and there and charity benefits, plus promoting the cookbook. Outside work, I like to go fishing and clamming out on Long Island, and I read and garden.

The Spokesman-Review is partnering with Crave for the first time this year. For more information about Crave, go to https://cravenw.com/